Blockchain Is Changing the World, One Node at a Time

Blockchain was all the rage for five years. You couldn’t talk about technology without someone bringing it up. At that point, it was listed as the remedy for all the world’s problems. Five years later, it’s not being mentioned quite as much, but it has been used to create some very useful products. Let’s take a look at what is going on with blockchain technology in 2020.

Reintroduction to the Blockchain

Blockchain is a distributed ledger technology that delivers unquestioned reliability, data transparency, and therefore data security.  After developers had issues initially utilizing the blockchain, now applications are being created for security, healthcare, financial services, real estate, law enforcement, supply chain management, and many more industries. Let’s take a look at how some industries are utilizing the blockchain.

Health information is not only some of the most sought out information by hackers, it is also some of the most important personally identifiable information (PII) there is. It stands to reason, that developers looking to create applications to help secure medical information would utilize blockchain technology. Blockchain technology has the ability to keep a transparent, incorruptible, and completely private active log of all patient health, insurance, and provider data. Furthermore, it is decentralized, providing a path for users to take control over their own medical data.

One of the first industries to jump on the blockchain bandwagon was the financial services industry, for obvious reasons. Functioning as a ledger, it is a natural fit to keep track of financial transactions. Banks are now using blockchain technology to work with FInTech companies to create financial products that are more accessible to borrowers and businesses.

Another obvious use for blockchain is in cybersecurity. The distributed nature of blockchain makes it useful as if part of the blockchain becomes visible to an outside party, only one transaction can be viewed. The more blockchain is used, the less hackers and scammers will be able to steal large chunks of data.

You may not end up downloading a blockchain app, but knowing that developers are actively trying to find new and unique ways to deploy it should make people a little more apt to believe companies when they say they are doing everything they can to protect their data. If you would like to know more about how the blockchain works and suggestions for solutions that may be right for your business to use for security or other reasons, call NSN Management today at (918) 770-7400.

NSN Management has been serving the Tulsa and NE Oklahoma area since 2012, providing IT Support such as technical helpdesk support, computer support and consulting to small and medium-sized businesses

No comments made yet. Be the first to submit a comment

By accepting you will be accessing a service provided by a third-party external to https://nsnmanagement.com/ 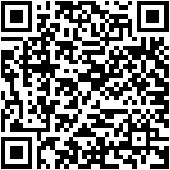 Smartphones of 2022 - The Flagships
The smartphone has ushered in a revolution for communication and productivity, and in today’s world, it’s critical that we keep an eye on the developments in smartphone technology to ensure workers stay competitively productive and ahead of...
Read More

Learn more about what NSN Management
can do for your business.