FoggyWeb is the Latest Malware to Wreak Havoc

The attack on SolarWinds earlier this year caused a lot of challenges, and now that time has passed and the dust has settled somewhat, Microsoft has uncovered another type of malware associated with the attack. This one is called FoggyWeb. What does this threat do and what can we learn about it?

In April, researchers found that the SolarWinds attack was performed by the Russian Foreign Intelligence Service. Various modules were used by the attack group, a collective known as Nobelium. Nobelium includes various malware like GoldMax, GoldFinder, and Sibot. These are in addition to other malware previously discovered, including Sunburst/Solorigate, Teardrop, and Sunspot. The latest addition to this—FoggyWeb—is a malware that installs a backdoor on systems that have already been compromised.

Backdoors give hackers the ability to influence all kinds of aspects within your organization. They can use backdoors to access your network at any point in the future, provided the backdoor is not discovered; this backdoor can be used to install malware, access sensitive data, spy on a network, and so on. These are incredibly dangerous, especially over extended periods of time. Imagine how much damage they can do over the course of a year or longer.

FoggyWeb itself is used to steal credentials and configurations from compromised systems. These credentials give hackers the ability to access infrastructures long after the malware has been purged from the system, as they can simply use the credentials to control access and perform other tasks without being uncovered. FoggyWeb can also receive commands remotely, making it capable of pulling off even more dangerous antics.

The best way to protect your business is to keep a lookout for suspicious activity on your network, prioritize access controls, and deploy powerful enterprise-grade security solutions that are designed to mitigate the majority of threats on your network. If this sounds complicated, don’t worry—with us on your side, it’s anything but!

NSN Management can provide your organization with the tools and services needed to make security a top priority. We can implement, maintain, and monitor your solutions to guarantee that your systems are as best protected as can be. To learn more, reach out to us at (918) 770-7400.

Facebook Twitter LinkedIn
Tags:
Microsoft Malware Hackers
What is an NFT and Why Does it Exist?
4 Ways to Develop Camaraderie for Your Remote Work...

NSN Management has been serving the Tulsa and NE Oklahoma area since 2012, providing IT Support such as technical helpdesk support, computer support and consulting to small and medium-sized businesses

No comments made yet. Be the first to submit a comment

By accepting you will be accessing a service provided by a third-party external to https://nsnmanagement.com/ 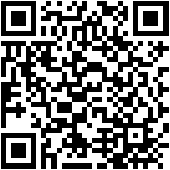 Identifying Errors in Phishing Emails can Save Your Bacon
Phishing scams have been around for a long time, and they have only grown more convincing and more dangerous. Some businesses can’t even tell the difference between phishing scams and legitimate messages! How can your organization take the ...
Read More

Learn more about what NSN Management
can do for your business.